The Kank Carrying the Templar. A Dark Sun Fable. 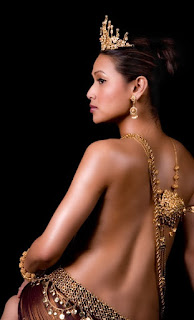 A young and beautiful templar of Nibenay was being carried to the Naggaramakam. She was mounted on a kank, which was adorned with garlands and gorgeous trappings, and a grand procession of lesser ranked templars followed it through the streets. As the kank walked along, the people openly gawked, smiled, and waved. The kank thought all of the attention was for him.
With his head full of these foolish ideas, he became so puffed up with pride and vanity that he halted and started to klack his mandibles loudly. But in the middle of his display, the man leading him guessed what he had gotten into his head. He began to beat him unmercifully with a stick. "Go along with you, you stupid insect," he cried. "The smiles and waves are not meant for you but for the templar you are carrying."
Posted by Rajaat99 at 4:00 AM