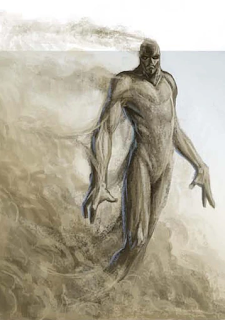 Note: For those unfamiliar with Dark Sun, psionics are called the Will for wild talents and the Way for trained psionicists.
The group drew their weapons and readied their spells. Vashti was the first to see the oncoming forces, silt paraelementals. She shouted that only magic, or the way, would harm the creatures. Shade drew his obsidian broadsword. Vashti magically created a war hammer made of water. Kalino and Kiara had no magical weapons, so they put their weapons away and planned on using their fists.
The force of paraelementals flooded into the pech village. Four broke off from the main force and headed for the group. The Eye of Earth moved off, to protect the pechs. Jessel thought it was a good idea for it to do so.
Vashti sent her hammer to attack, but it missed. The paraelementals swept towards the group as Kiara used the magic granted by Hamanu to heal Shade. Julius used the way to vibrate the sand in one of the paraelementals, heating it up.
Alaxander stepped back and used the way to mentally punch one of the paraelementals. Shade used his magic broadsword to slice one the silt monsters. There was little obvious damage to the creature, but it howled in pain when he struck. Kalino fired a magic missile at the paraelemental Shade had attacked. Jessel used his competence in earth magic to encase one of the paraelementals in a dome of solid stone.
Vashti tried to strike with her water hammer, but it missed again. She also used her magic to create water above one of paraelementals heads. The water did make the silt paraelemental muddy, but it did not seem to harm it. The paraelementals converged on Jessel and began scraping against his flesh, ripping his skin away from his muscle. One of silt paraelementals turned into a mini silt storm and blinded Jessel, Vashti, Alaxander, and Shade. 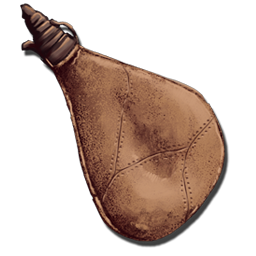 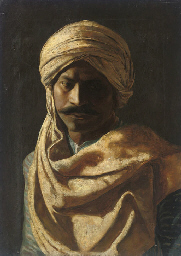 One of the human-looking men walked up to Jessel. He introduced himself as Lieutenant Riv and told them that he was a Jann, a genie that fought for the plane of earth. Riv then apologized for not arriving sooner. Jessel welcomed him and thanked him for the help he had provided.
Riv explained that he had been sent to retrieve Jessel for a mission from Captain Gaul. Riv explained that Gaul was a Dao. Dao normally enslave others, but that he would never enslave a priest of earth. Jessel asked if that protection would extend to his companions. Riv thought for a few minutes, but eventually said that it most likely would. That did not calm Jessel and the rest of the group completely.
Before they left, one of the pechs gave Vashti a scroll. On the scroll were four spells, all were the same spell, protection from earth. The pech explained that these spells would protect some of  the group from the harshness of the elemental plane of earth. Vashti thanked him.
They followed Riv through the winding tunnels of the plane. The tunnels were twisted and sloped. The group quickly lost their way, but Riv seemed to know the right direction to go.
At last they came to a long stone tunnel. Riv touched the wall and it parted, showing a door. The room beyond was moderately large and filled with maps, tables, and clay tablets. An impressive, nine foot tall figure stood in the middle of the room and was introduced by Riv as Captain Gaul. The Captain nodded to the group as he was introduced. 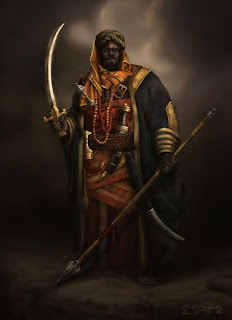 Captain Gaul beckoned them to enter and sit. They did so. He ordered Riv to have someone bring the group refreshments. Riv bowed and left the room. Gaul welcomed the group, but showed obvious disdain towards Kiara.
Gaul explained that he used subtle magic to lure the group into the plane because he needed their help. The group nodded and Jessel asked what they could do to help. Gaul explained that the elemental planes of earth, air, fire, water, and the paraelemental plane of rain were at open war with the paraelemental planes of magma, silt, and sun.
He continued explaining; a dao general, Kwala, was captured by silt forces and taken back to the plane of silt. The silt forces were slowly draining the life force and magic of the captured general, which was aiding the attacking forces. Creatures from the plane of earth would be identified and attacked immediately upon entering the plane of silt, so outsiders were needed.
The group understood and talked it over with each other. Jessel and Vashti were the first to agree and the others did not take much more convincing. Gaul gave them some magical goggles, which would allow them to see and breath on the plane of silt.
Riv returned with refreshments and a jann priestess of earth. The priestess healed the group completely. The group thanked the priestess and she departed. Food was provided, but water was brought from the group's pack animals. The group ate and drank their fill.
Gaul explained that they would be lead to the plane of silt by Riv. The group explained that they needed sleep, which Gaul understood. The group was taken to another room with cushions and allowed to sleep. They did not keep a watch.
Day 18, Week 2, Fortuary, Friend's Vengeance, 190th King's Age, Sun Descending
The group woke. Vashti and Jessel preached their sermons and Kalino memorized his spells. They ate breakfast and made sure their waterskins were full. Riv came to get them and took them to a large cavern, where priests and priestess of earth waited for them.
The priests and priestesses cast spells and the group found themselves in the border ethereal. The border ethereal looked very much like the plane of earth, but all of the colors appeared muted. Sounds could be heard from the plane of earth as well, but those too were muted and partially indistinct.
Riv explained that, as far as he understood, the ethereal plane was like a glue that held all of the planes together. They would travel into the deep ethereal, from the border ethereal, and then enter the border ethereal next to the plane of silt, before entering the plane of silt completely.
Riv also explained that moving in the plane of silt would be like choosing which way was down and fall in that direction, that way they could get to where they wanted. He also explained that traveling through the ethereal was done by thought and it was necessary to think about where they wanted to go. Everyone vbelieved they understood. 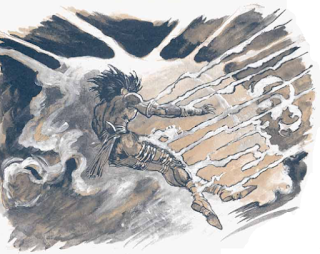 Riv parted an invisible curtain and the group moved into the ethereal plane. The ethereal plane was dark, with swirling mists and small glowing lights flitting about. Far off there were dozens of misty, rainbow colored curtains floating through the darkness. It was like nothing the group had seen before.
Riv, Vashti, Jessel, Alaxander, Shade, Kiara, and Julius easily floated through the seemingly empty space, but Kalino was struggling to implement Riv's instructions. He understood the concept of moving toward the direction he wanted to to, but he could not will himself to do so. He complained that the way they were moving just didn't make sense. Vashti grabbed Kalino by the arm and dragged him along.
Julius was interested in some of the rainbow curtains and he peeked through some of them. He found a plane he assumed was air, a curtain back to the plane of earth, the gray, and a bizarre plane with gray clouds that passed droplets of water back and forth.
Riv eventually parted a curtain and they could see the plane of silt beyond. The group put on their goggles and passed into the border ethereal. Riv reminded them about falling to get around, then he closed the curtain, staying behind in the deep ethereal. The group willed themselves into the Paraelemental Plane of Silt.
Kalino and Julius fell immediately. Kalino was still holding onto Vashti and dragged her down with him. They group began falling after them. Alaxander took to the plane like a native and was able to catch up to them, by decreasing his air resistance. He reached out and grabbed Julius' arm. Alaxander slowed them and finally came to a stop, floating in mid air.
Kalino and Vashti slowly fell past them.

Join us in two weeks for another exciting episode of Adventures Under the Dark Sun.