10, Sedulous, Dragon's Agitation, 190th Kings Age
Cyrus appeared in a hidden area in the Black Spine Mountains. A place where he had often retreated to to meditate in private. He began using clairvoyance to locate the rest of the group.
Meanwhile, the sandstorm passed and Ren, Yaotl, Aziza, Basheera, Alroy, Jabrek, and Tubaloth moved on.
A couple hours later, Ren and Alroy heard some strange, wicked, sounding laughter. Ren halted the group. He then activated psionic camouflage and move slowly around the rocks toward the laughter. He peeked around a large boulder, where saw three curious creatures. Two were small and gaunt, with large, pointed ears, and sleek long faces. Their hands were clawed, small wings and a tail sprouted from their back. The were sandy colored. The other creature was a small, red lizard with a large mouth and thick tail.
The sandy colored monsters were dipping the red lizards head into a small basin of silt. Then, the red lizard would struggle to breath and the little monsters would pull it out and laugh, as it coughed up silt. They would poke it with their long, sharp, claws and kick at it also. Then, they would do it again, laughing as they tortured the creature.

They didn't notice Ren, as he waved Yaotl over. Yaotl moved slowly, making sure not to be seen. However, unlike Ren, he knew what the creatures where. The sandy colored creatures were from the paraelemental plane of silt, called mephits. the red lizard was from the plane of fire, it was called a flamling. Yaotl became enraged at seeing the silt creatures torture the fire creature. He drew his scimitar and charged.

Players should not read any further. Dungeon Master eyes only!
Read more »
Posted by Rajaat99 at 1:33 PM No comments:

9, Sedulous, Dragon's Agitation, 190th Kings Age
Everyone quickly turned around and saw a five foot sand colored snake, that had bitten Tubaloth's leg. They looked around and realized they had inadvertently wandered into a nest of snakes. 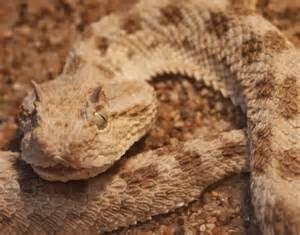 Fenuku and Jabrek were also quickly bit, as the rest of the group rushed to their defense. Ren began stomping on the snakes, Aziza slashed them with her tortoise blades, Yaotl hacked at them with him scimitar, Alroy had no weapon, but he stepped in front of Arabella and Basheera. Fenuku, Gahiji, Tubaloth, and Jabrek all attacked with their spears, with varying degrees of success.
Read more »
Posted by Rajaat99 at 10:44 AM No comments: