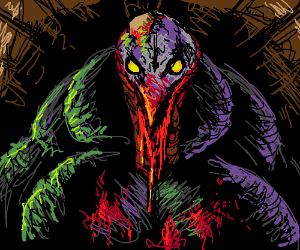 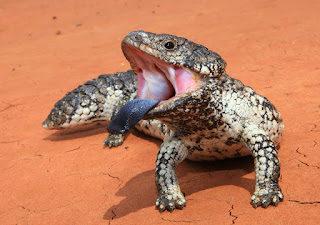 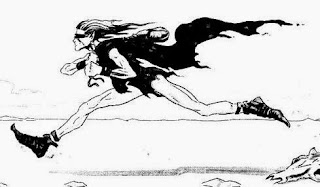 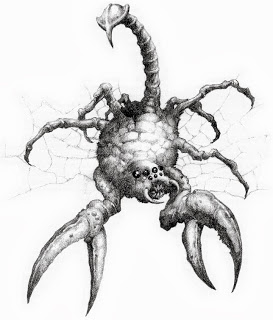 Note: For those unfamiliar with Dark Sun, psionics are called the Will for wild talents and the Way for trained psionicists.
Julius ran past the members of his group, into the cave opening. He urged his fellows to follow him, yelling about the giant arachnid. Abilkisu and Shade also noticed the large scorpion-spider.
Alaxander didn't see the creature, but trusted Julius and used the way to make himself insubstantial. He then ran through the cave wall, into the raging sandstorm outside. Vashti, spurred on by Abilkisu, ran for the door as well.
Shade saw another passage way and ran toward it, instead of following the party. Kiara followed Shade, believing he saw something she did not. Kalino decided to follow Vashti and Abilkisu, believing that Shade was just crazy.
The creature scuttled forward, ignoring Shade and Kiara, and going straight toward Abilkisu. Abilkisu fired his crossbow, but his bolt bounced off the creature's chitin. Kalino cast magic missile, but the creature's natural magic resistance ignored the spell.
Read more »
Posted by Rajaat99 at 4:00 AM No comments:

The Roc and the Kes'trekel. A Dark Sun Fable. 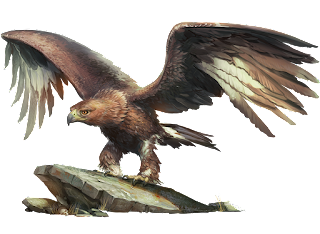 A roc swooped down on powerful wings and seized a ram in its talons. It easily lifted the ram into the sky and carried it back to its nest. A kes'trekel saw what the roc had done and somehow got the idea that it was big and strong enough to do the same.
The kes'trekel ruffled its feathers and loudly called. Then, it flew toward a sheep and sunk its claws into the wool of the sheep's back. When the kes'trekel tried to lift the sheep, it found that its talons were tangled in the sheep's wool. The sheep barely noticed the small bird, as the kes'trekel tried to escape, but found that it could not.
The shepherd saw the fluttering kes'trekel and knew what the stupid bird had done. He ran up to the kes'trekel and broke its neck. That evening he took the bird to his family for dinner.
"What kind of bird is this, father?" The shepard's daughter asked him, while eating.
"It is a kes'trekel," He answered. "But if you would have asked it, it would have said it was a roc."