Moving, blog will be put on hold.

So, I am moving and will not have the time to update this blog. This should only be for the next week or two.
I did run a game last Saturday and I am looking forward to writing it up for your enjoyment. Thank you for your understanding. 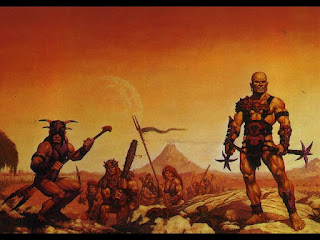 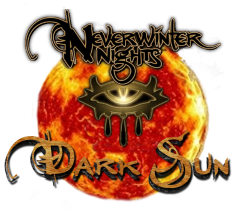 I'm in the middle of moving to a new house, so I have been very busy. However, I did want to take a few minutes to give a shout out and promote a wonderful group of nerds, who are doing their best to create a dark sun video game that is true to the source material. They have done some beautiful work.
They are using the Neverwinter Nights engine. I've never played Neverwinter Nights, but I'd check it out if they had a Dark Sun setting.

If you have the skills and time to help, they are always searching for more assistance. Thank you.
You can contact them on Twitter at ttps://twitter.com/NwnDarkSun @NwnDarkSun

The following are some screen shots of some of what they have accomplished. 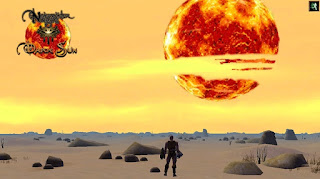 The Lizard and the Lirr. A Dark Sun Fable. 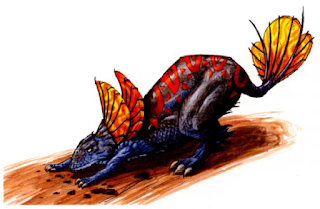 One warm evening as the sun was sinking behind the ringing mountains, a wise, but small lizard scurried onto a tall, steep rock to sleep. Before he could get comfortable, he circled the top of the stone three times. But just as he was about to lay down to sleep, he caught sight of the colorful frill of Mr. Lirr.
"Have you heard the wonderful news?" asked Mr. Lirr in a very joyful and excited manner.
"What news?" asked the small lizard very calmly. But he had to fight down the fear he had for the lirr. Lirrs were large and often ate small lizards, like himself.
"Your family and mine and all other animals have agreed to forget their differences and live in peace and friendship. Just think of it! I simply cannot wait to hug and play with you! Climb down, dear friend, and let us celebrate this joyful event."
"How wonderful!" said the small lizard. "I am very happy to hear the news." But he trailed off as he spoke and looked away. He seemed to be looking at something far off.
"What do you see?" asked Mr. Lirr, a little anxiously.
"Well, it looks like several sand howlers are coming this way. They must have heard the good news and—"
But the Lirr did not wait to hear more. He started started to run away.
"Wait," cried the small lizard. "Why are you running? The sand howlers are friends of ours now!"
"Yes," answered Mr. Lirr "But they might not have heard the news. Besides, I have a very important errand that I had almost forgotten about."
The lirr dashed off, into the desert. The small lizard smiled as he laid down went to sleep.

Session Thirty-Nine: The Secrets of Yaramuke 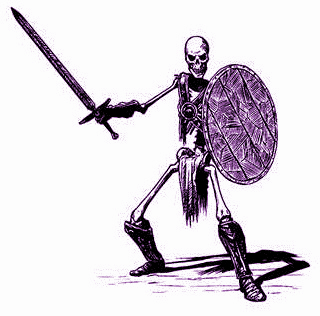 The images of Vashti began swaying and started singing in an unknown language. When their brief song was done, the images shattered into tiny shards of glass. After a few seconds, the shards dissipated into black smoke and vanished.
The group stood, dumbfounded, for several seconds. Vashti stepped away from the center of the circular room. The group didn't know what to make of the strange occurrence. Shade stepped into the center of the room and the images became him and repeated their strange song. No one had a way of translating the strange words, so the group moved on.
In another room in the same building, the group found the remains of wooden frames. What the wall hanging frames one held was absent. On the wall was written something in dark paint. Abilkisu could read it, as it was in Urikite and Abilkisu broke Urikite law and learned to read. He said the graffiti said something profane about a queen. The group thought it might possibly be about the queen of this former city.
The next room was filled with smashed ceramic shards and part of the room had collapsed. Shade turned to leave, but Vashti wanted to take a look. She carefully dug through the ceramic shards and found a ceramic flower painted in realistic colors and glazed. She thought it was strange that the flower was on a stick and not a cactus.
Kalino explained that sometimes rich nobles would throw flowers on sticks into the arena at their favorite gladiators. Vashti asked if the stick flowers could be eaten and Kalino didn't think so. Vashti said that money would be better and Kalino said that they occasionally threw that too.
The last door in the main hall opened into a room filled with smashed statues of people. The artistic style was very uniform, with standard poses. Most of the intact faces were of people from this city, with the strange lines around their eyes. The group wondered if the lines were makeup, as they previously thought, or if the people naturally had black lines around their eyes.
Shade checked the last room and inside were more smashed sculptures, but these seemed to be non-humanoid in shape. In the center of the room stood a black skeleton holding an obsidian sword, which had a solid obsidian blade. At the skeleton's feet were two, long dead, humans. The skeleton looked at Shade and Shade could see two small pinpricks of violet light in its eyes.

In City by the Silt Sea, the morg is mention and one is given stats, but it is a unique morg and does not represent all of them. The boxed set states that morgs are similar to greater mummies of other worlds, but not much information is provided beyond that. It is strongly encourage that DMs who use morgs customize them to their campaigns.

It was pointed out to me by Rovewin of Athas.org, that the nox is mentioned in the Black Spine module. However, they are not drawn up in that, or any other book. So, in an effort to rectify the situation, I have created the nox below.

Giant centipedes are loathsome, crawling arthropods that arouse almost universal disgust from all intelligent creatures (even other monsters). They are endemic to most regions. One of the things that makes the centipede so repulsive is its resemblance to the worm. Its long body is divided into many segments from which protrude many tiny feet. Hence the name “centipede” (or hundred-footed). The giant centipede is so named because it is over 1-foot long. The body is plated with a chitinous shell and it moves with a slight undulating motion. The creature has the added benefit of protective coloration, and varies in color depending on the terrain it inhabits. Those that favor rocky areas are gray, those that live underground are black, while centipedes of the forest are brown or red.