Of Orbs and Men

Yaotl thought he recognized the orb and immediately detected evil on it. It was as he feared, the same evil orb that he thought Cyrus had buried in the mountains. Ren picked it up and instantly felt invincible.
"That thing is evil." Yaotl stated, holding out a small pouch, "Drop it in here."

Ren enjoyed the feeling on invincibility and tried to drop in a different obsidian orb they had found earlier. Ren is not a sneaky Mul, however, and Yaotl easily saw him make the switch. Yaotl psionically put Ren to sleep, Ren fell and dropped the orb. As Yaotl leans over to pick up the orb, with a bag because he doesn't want to touch it, the west door opens. Standing in the doorway is a bald human man, dressed in sandy robes, with obsidian wrist razors, and he was holding two larger obsidian orbs.
"I want that orb!" He said, "It's calling to me."
Read more »
Posted by Rajaat99 at 11:40 AM No comments:

Gain a Friend, Lose a Friend

The group came upon a side room with a locked door. Ren kicked it open, revealing a large room with a wardrobe, chest, and straw filled mattress. Upon entering, two silt elementals rose from the ground and attacked!

The elementals rushed Ren and one of them smashed Rens foot, breaking it. Ren fell back and Yaotl stepped forward, using psionic kinetic control. He let the elementals beat on him for a bit, before releasing the damage back at one of them. The elemental exploded in an impressive display.
Read more »
Posted by Rajaat99 at 12:36 PM No comments:

The party charged forward, engaging the gith. Cyrus stayed back and fired arrows into the fray. The gith didn't stand much of a chance and were quickly overwhelmed and killed. Ren, Aziza, Yaotl, and Cyrus went into the room and started searching it for treasure and clues. They found some silver and a couple of kegs of cheap ale. One of them is untapped and Yaotl considered taking it out to the wagon.
Rata ignored the room and instead went to the far door in the foyer and pressed his ear against it to listen. He heard a faint sound that sounded like small creatures scuttling across sand. He opened the door and saw a dilapidated courtyard with a fountain, which was pouring silt instead of water.
Rata waited for the group to finish searching the other room and make their way over. Ren arrived first and went into the courtyard. He thought the fountain might be a site sacred to silt, so Ren decided to desecrate it, by urinating in it.

As Ren was urinating in the fountain, a black tentacle reached out and attacked him, luckily it hit Rens arm and not anything important.
Read more »
Posted by Rajaat99 at 1:31 PM No comments:

Rest In Peace David A. Trampier 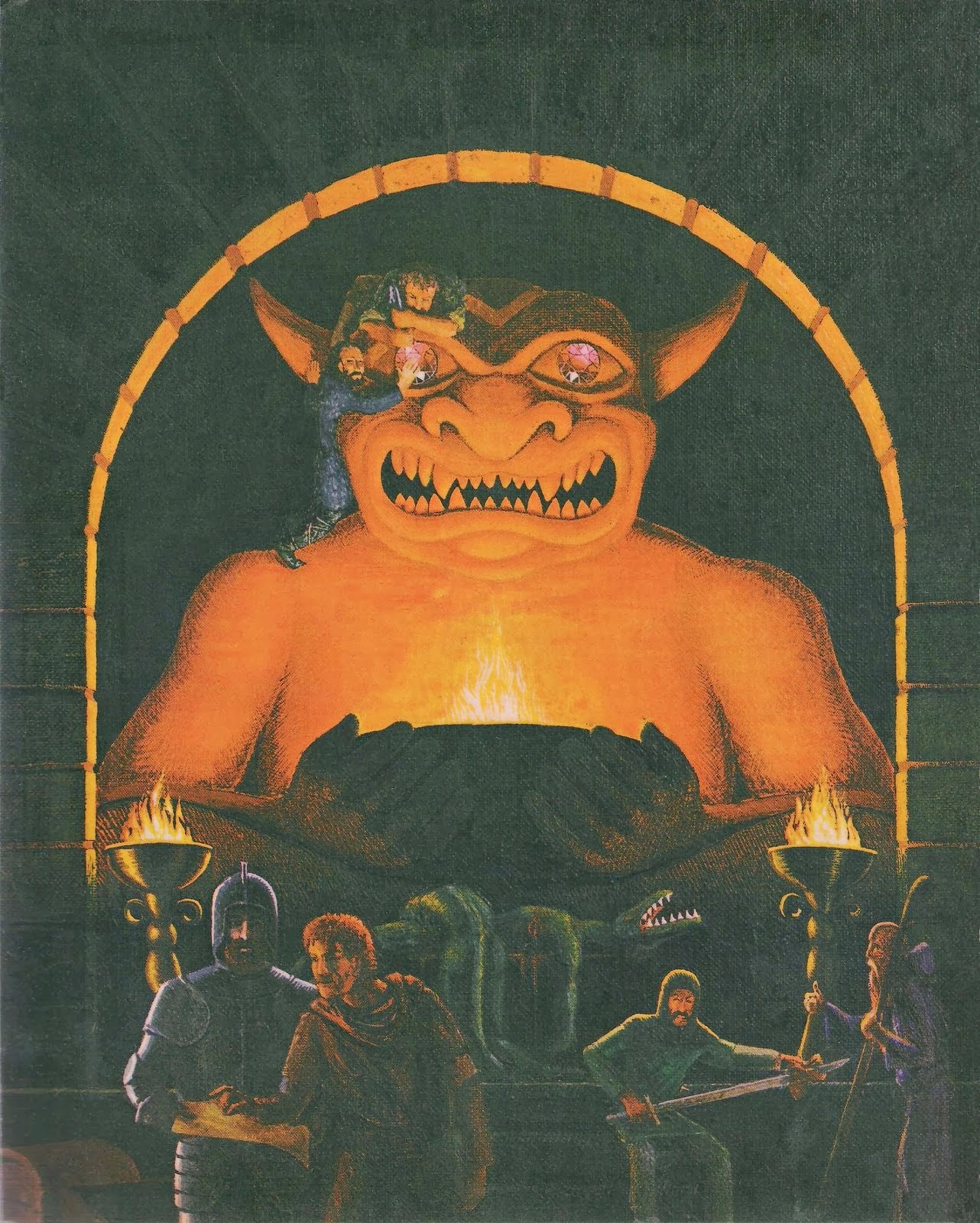 David A. Trampier, a pioneer in RPG illustration has passed away at the age of 59. One of the reasons for the success of Dungeons and Dragons was, no doubt, his artwork. My condolences to the family and friends he leaves behind.
Article about David from Tor.com.
Posted by Rajaat99 at 12:38 PM No comments: