I found it interesting that the two players who are new to Athas both decided to play Psychokinetics. Ben was unable to make it to our character creation session, so he made his later without knowing what the other party members were. Interestingly, he also chose to be a human from Balic.
My NPC choice was due to the lack of magical support. Also, the Ranger is the only hit point bag, so I thought it'd be a good idea to add another fighter type. The lack of a thief might hurt them, but there are ways around that.
I'm excited to see what happens. 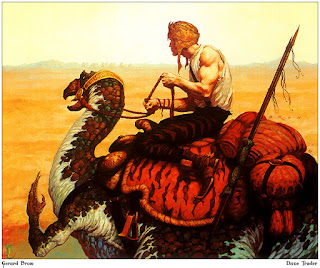