Back in the late 1990s and early 2000s, I played a Vampire: The Masquerade LARP in Modesto, CA. It was a large game, with about forty players, and it wad fun. My favorite aspect was devising plots and trying to out maneuver the other players. 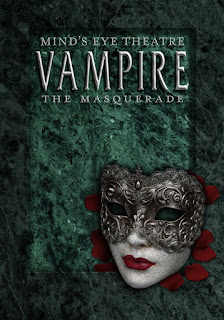 Now, with By Night Studios releasing an updated Vampire: The Masquerade LARP rulebook, I decided to get back into Vampire Larping. I now believe that was a mistake. The rulebook is great, in fact I believe the rules to be more streamlined and balanced. The two problems I'm having is coming up with plots that involve all of the players and getting players that have motivation.
The first problem I can work on. The more games we play, the more I can work on plot. There are about fifteen players, however, don't seem to want to be there. Which is strange, because they are there. I just don't understand.
The Prince (the head vampire of the city) has no agenda. He does not make announcements or dictate  what the vampires of his city should be doing. All he does is sit. The other players aren't much better, they sit and wait for me to hand them a plot. They don't look for plots or plan against each other. I am bored and frustrated with my players. I don't know what to do.