Although I've seen plenty of Dwarven children running around, playing, and working, I was surprised that Dwarves were so close-mouthed about their life cycle. I actually had to talk to a human resident of South Ledopolus to gather the information. Her name is Tabitha and she has worked from numerous Dwarven families and find joy in working with their children. I heard that Tabitha herself is barren and consoles herself with helping raise the children of others.

The first thing we, as humans, have to realize is just how long a Dwarves life is compared to ours. A Dwarf will generally see three generations of humans grow old and die before they succumb to age. So, a Dwarf born today will see your grandchildren have grandchildren.
Also unlike we humans, Dwarves have a longer childhood. They aren't fully mature adults until  they reach their twenty-ninth birthday. They are considered young children until age nine and children until they are twenty-one. Between the ages of twenty-one and twenty-nine a Dwarf is an adolescent. Then, on their twenty-ninth birthday, they are expected to choose a focus and set out to fulfill it.
The first time I witnessed a Dwarven mother giving birth, it was quite not what I was expecting. I had served in midwifery roles during human births before and I thought it would be the same. I was wrong. Dwarven mothers don't make much noise at all. A little grunting is all. Dwarves don't seem to be as fertile as human women, so they generally have a number of years between siblings. This is one reason that Dwarves fiercely protect their children.

Tabitha paused here and leaned closer to me, even though we were alone. She continued with a whisper.

Some Dwarves are born with hair, but this very rare. When it happens the babies are taken to their clan leader, who plugs the babies eyes, ears, and nose with wax and dips them in this awful smelling concoction. This... stuff burns off what hair they have and leaves them hairless like other Dwarves. If you see an old Dwarf with nose or ear hair, you know he was one of these children.

I was perplexed, but Tablitha sat back up and continued in a normal conversational tone. 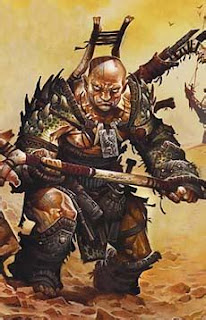 Dwarf young children learn to walk a little earlier than would be expected, possibly due to their wide stance and large feet. Their development is similar to humans, but at a slower rate. Instead of learning everything at once, like we humans, Dwarven children like to master one skill before moving on to another. Dwarven children are also often raised by their entire clan, not just their birth family. Dwarven children are taught numerous things by their parents and grandparents. They fight and play with other children, like all children do.
When a Dwarf reaches childhood, they are expected to aid their family and clan in whatever chores are required. If there is not enough work at home, then the children are set to help their extended family members, or even friends. They are exposed to as many trades as possible, so they can learn which they want to focus on. Usually the child is directed toward the trade of their family or clan, but there are exceptions. Dwarf children start to get noticeably muscular when they are in the middle of their childhood, around fifteen.
Once a child nears adolescence, they are expected to choose a trade and embark full time on its mastery. They train with the masters in their fields, if they can find one, otherwise they learn and practice as much as they can. There training can be quite harsh, but what part of Athasian life isn't? Nearly every waking moment of their adolescence is geared toward working their trade or working for their family.
Finally, when a Dwarf reaches adulthood, they gather together in their clan and do some sort of ritual that I am not permitted to take part in. Each clan seems to have different details of their adulthood ritual, but I have heard that the new adult announces their focus in front of their family and important clan members. They are then full members of the clan and set out to make a life for themselves.
Adult Dwarves are the most likely Dwarves people encounter. They're the hard workers in the fields, the miners, the traders, and all the other areas of life that Dwarves work. In my experience, adulthood is when Dwarves are the most stubborn and carru-headed they will ever be in their lifetimes. This is the longest portion of their life, lasting nearly as long as a human's entire life.
To be fair, I don't have a lot of dealing with middle aged Dwarves, but I've had enough. Middle aged Dwarves are a little less stubborn than adult Dwarves, but not by much. These Dwarves are strong workers, just like all Dwarves, but many of them try to keep up with their younger counterparts. It takes them a few decades to figure out that they're slowing down. Once they accept the fact that they're getting older, the move into positions of managing and training. 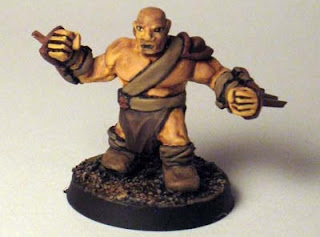 Old Dwarves, if a Dwarf is lucky enough to live that long, continue to work, but less with their bodies and more with their minds. They teach the upcoming generations not just about work, but about what it is to be a Dwarf. They're the keepers of the Dwarves stories and tales. I doubt half of the stories they tell are true, but they teach young Dwarves about the importance of work and their focus.
When a Dwarf dies, the always practical Dwarves use their bodies to fertilize the earth to grow food for the other Dwarves. The bodies are quickly and completely destroyed and buried, just in case. In addition, those closest to the fallen Dwarf make sure to complete their focus before the next sunset. Only after this, do Dwarves get together to drink and tell tales of the Dwarf who passed on. It is a usually a somber occasion, but can become raucous if too much ale is drunk.
What else can I say about Dwarves other than they are a stubborn people that find nothing joyous in life, except hard work and being willfully stubborn to everyone? I consider it a privilege to work with them so closely.