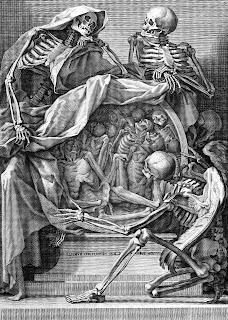 The group had appeared in the border ethereal of the plane of silt. The paraelemental's silty appendage passed through the ethereal form of Alaxander. They quickly left the border ethereal and entered the deep ethereal. Vashti used her remaining healing magic to heal the group. Kwala was unconscious from the effort of magically transporting them back into the ethereal plane. Jessel believed he would awaken upon returning to the plane of earth.
Fearing pursuit, the group decided to fly away from the plane of silt as quickly as possible. Vahti asked eye of earth which way they should go. The eye of earth pointed with its leg, in a direction. The group trusted the eye of earth and began flying deeper into the strange ethereal plane.
They flew for a few hours toward, what they hoped was, the plane of earth. Through the swirling mists, Shade saw a point of whiteness that seemed to be growing larger. It was behind them and Shade pointed it out to the group. No one knew what it was, but they assumed it was bad news. They continued flying through the plane as fast as they could, but the whiteness was continuing to grow larger. Whatever it was, they decided that they were not going to outrun it.
As they flew, they discussed their problem. They decided they had three choices, continue to try and outrun it and hope they reach the plane of earth before the thing, duck into a random misty curtain, or let the thing encounter them. After a lengthy discussion, with the whiteness growing larger and larger the whole time, they decided to duck into a random misty curtain.
Julius decided that he would duck into a misty curtain first and then come back out to report to the group what he found. Everyone agreed, as they had about twenty minutes before the white wall, which they could see was a massive swirling wall of mist, enveloped them. Julius parted the closest misty curtain and went through. 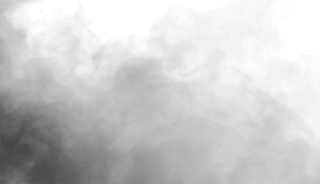 Julius found himself in a swirling mass of gray mist, with more gray beyond. He turned to warn the group away from the curtain, but found there was no way of returning to the ethereal plane. He decided to wait twenty minutes and if the group did not appear near him, he would seek an exit elsewhere.
Julius did not return after ten minutes and the wall of mist was nearly upon them. The mist was swirling with ferocity, so the group decided that they better not let it impact with them. After a very brief discussion, they all ducked into the same misty curtain as Julius. They all appeared near Julius, in the Gray.
Vashti remembered a story from her youth about the Gray and how to escape it by seeking the living. She tried to feel the living and thought she could. She lead the group deeper into the Gray, flying similarly as the ethereal plane. As they flew, they saw movement out of the corners of their eyes, but found nothing when they turned their heads.

They continued flying and a few hours later, they saw a woman staring into the gray mists. She was partially transparent, the group noticed. However, she did not notice the group and they quickly flew past her. They flew until they were tired and decided to rest. Kalino thought to tie everyone together, so they didn't drift off. Julius kept watch, while everyone else slept.
During his watch, Julius saw gray-misty hands groping Shade's sleeping body. Julius moved closer and the hands retreated into the mist. Later, during her watch, Vashti saw gray hands groping at Shade again. They retreated when she approached, but she woke Shade anyway. She told him what had happened, but despite feeling a bit cold, Shade felt fine.
Suddenly, Kalino woke and untied himself. Vashti asked Kalino what was wrong. Without answering, Kalino drew his chitin khopesh and attacked Shade. Vashti had an idea of what was going on, so she held her vial of holy water and commanded the dead inside Kalino to leave. A transparent man in strange clothing flowed out of Kalino's body. Upon being woken by the commotion, Jessel then held his bag of holy earth up and commanded the man to flee. It did so and disappeared into the gray mists.
They decided to go back to sleep, but kept an extra close watch for anymore misty hands. Kalino retied his foot and everyone went back to sleep. The rest of their sleep passed without further interruption.
Upon waking, they felt weaker and quickly discovered that they were slightly transparent. They all knew they would die if they could not escape the Gray. Vashti tried, but could not feel the living beyond the Gray. Everyone attempted the same, after Vashti told them how. Julius was the only one to feel a slight tug and began leading the group through the gray mists.
As they flew, they began to see many spirits around them. The spirits races, features, and garb placed them throughout the Tablelands, and possibly beyond. It was the first time the group had an idea that life might exist outside of the Tablelands.
The spirits appeared to not be interested in interacting with the group and the group was not interested in interacting with the spirits. The spirits clearly saw the group, but none pursued or spoke to them. The number of spirits was thicker than before, but were still tens of yards apart.
After hours of flying, Julius arrived at a spot where the feeling of life was the strongest. He reached for the life and emerged into a hot, dry slot canyon. He had emerged on Athas. Vashti, Jessel, and Julius followed him. Alaxander, Kalino, and Kwala did not.
Julius used the way to contact Kalino and found out that they were still inside the Gray. Kalino said that he and Alaxander would have to discuss their situation. Kalino asked that Julius contact them again in an hour. Julius agreed and told the group about Kalino, Alaxander, and Kwala's predicament.
Meanwhile, Vashti used the way to find out where on Athas they were. She discovered that they were thirty miles west of Urik. She then used the way to see outside of the slot canyon. She could see the ringing mountains close by and miles of rocky bandlands around them. She thought she saw a break in the canyons, but could not be sure in the morning light.
Jessel got a familiar far away look and told them he had to leave. He used the will to open a dimension door and stepped through. Julius, Shade, and Vashti wished him well. 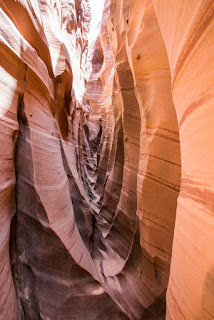 Vashti and Shade let it be known that they were going to travel to Urik to seek aid for Kalino and Alaxander. The Lord of arms informed Shade that another crystal was nearby and Urik was in the wrong direction. Shade said they were going to Urik, as rescuing Kalino and Alaxander from the Gray was more important than the lord of arm's reason for existence. The Lord of arms refused to assist Shade, unless Shade showed some intelligence and changed his mind.
They walked toward Urik for an hour and Julius used the way to contact Kalino again. Kalino mentally told Julius that he, Alaxander, and Kwala would be seeking to return to the ethereal plane, because they could not return to Athas. Julius understood and relayed the information to the rest of the group.
Shortly afterward, a six foot tall earth elemental rose up from the ground and walls around them. The elemental asked for a report and the group told them what was going on. They asked for advice, but the elemental told them that its job was to report. After their report, it scattered into rocks and dirt.
They walked until sunset and arrived in a small scrub plain. They began setting up camp. As they did so, Vashti used the way to look around. About a half mile to the north, she saw a large yellowish body of steaming water. They were intrigued, but did not investigate. They decided they could not get distracted in their attempt to make it to Urik. They slept and were forced to keep longer watches than usual.

Upon waking, Julius contacted Kalino with the way. Kalino explained that he and Alaxander could not find their way out of the Gray yet. Julius relayed the information and the group decided to continue on toward Urik. Just as the group was finished packing up camp, they spotted three fifteen foot tall b'rohgs running toward them. In their lower arms, they were wielding spears and in their upper arms, they were holding large stones to throw.

Julius walked toward them with his hands up and began calling out to them in the language of the giants. He explained that they meant no harm and did not want to fight. The b'rohgs stopped, but demanded water from the group. Julius translated for the group. Everyone agreed to give them the water from their waterskins. The group emptied their waterskins into the b'rohg's bowls, which were clearly made of skulls. The b'rhogs drank the water and lowered their weapons.
Julius kept speaking with them and discovered that they thought the group was from Urik and they were there to capture the b'rohgs. Julius assured them that they were not going to capture any of their kind. The b'rhogs believed him and called him a friend. The b'rhogs left them in peace.
Once the b'rhogs were out of sight, Vashti used her magic to refill the groups waterskins.