The Athasian Elemental Planes Part One

The Elemental Planes of Athas are separate from the Elemental Planes in the rest of the Multiverse. This series of articles will attempt to explain the differences and give dungeon masters some ideas, as their players characters take part in the battle for the survival of all creation. 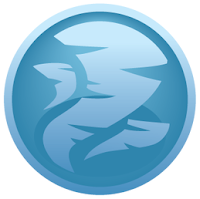 Air: The source of all things gaseous, this plane was once a limitless expanse of crisp, clean air. Now, the plane is filled with stale, dull air. Pockets of crisp, clean air float through the sky with the denizens of the plane desperately clinging to them. The endless emerald skies stretch into infinity with few clouds. Dust storms blow through the plane on a regular basis.
Even with the stale air and dust storms, the Elemental Plane of Air is one of the safest for travelers. The air may be stale, but it still breathable. 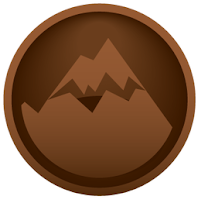 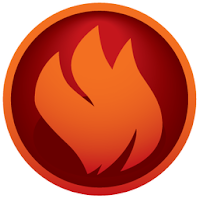 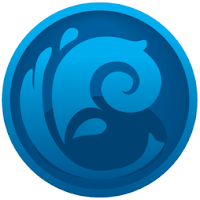 Water: The source of all liquid and fluidity itself. It was once an endless ocean that stretching into infinity. The water was not too hot, not too cold, and very clean. Now, much of the water is uncomfortably warm and fouled by silt and salt particles. Creatures that live on the elemental plane are extremely protective and territorial. They will attack any outsiders on site, unless they are accompanied and vouched for by another elemental water denizen. Water clerics are always welcome.
The greatest hazard a traveler will face is the lack of breathable air. In addition, there are also occasional currents that may drag a traveler far away from their intended destination.

Rain: Once a force to be reckoned with, where Air and Water meet is the Paraelemental Plane of Rain. This plane appears as a vast olive expanse with clouds that continuously pour rain into each other. Streaks of lighting are common passing between them as well. Once these clouds filled the plane, but now they are becoming fewer. The denizens of this plane jealously and ferociously guard them from all non-rain cleric intruders.

Sun: Where the Elemental Plane of Air and Fire meet, the brilliance of the crimson sun reigns supreme. If one finds themselves on this plane, it will appear as if they are inside the sun itself. While not as hot as the planes of Fire and Magma, the Paraelemental Plane of the Sun is still deadly hot to unprotected visitors. The brightness of it blinds and confuses visitors. So content in its supremacy, the denizens of the plane do not fear intruders.

Leaving Athas and going to the Elemental Planes is not simple feat. The Gray covers Athas like a blanket and takes all those who die into its embrace. The Gray appears as an infinite plane of gray mist, with no visible light source.
A traveler must pass through the Gray to reach the Elemental Planes. Often the Gray prevents movement through it, but it may also allow travelers to pass into it, only to trap them there. It is not known what happens to those lost in the Gray, but it is likely they die of thirst and eventually join the swirling mists.
It is possible, although unlikely, to encounter a recently deceased spirit in the Gray. These spirits aimlessly wander the plane, but eventually are dissolved and vanish forever.
If a character tries to travel to or from Athas in a planar fashion, there’s a chance he’ll get lost in the Gray. In the Gray, lost characters get one chance each day to find their way back to where they started. In no case can they go forward! The check consists of rolling your Intelligence score or less on 1d100. If this check fails, not only does the character remain lost, but the life-sapping effects of the Gray begin to take a toll. The character permanently losses one Constitution point. If the character can’t find his way back and his Constitution score falls to 0, he is absorbed into the Gray and dies. If he does return, lost Constitution points can only be restored by powerful magic.
In addition, both wizard and priest spells that provide access to or contact with other planes require an additional check to see if the energy of the spell cuts through the barrier formed by the Gray.
A priest reaching out to their patron element doesn’t need to make this check. Other characters modify the check by adding their level to the number rolled. The same holds true for those trying to contact or reach Athas. The barrier formed by the Gray impedes travel in both directions.
DMs may use the following chart to determine if, based on the result of the check, if the spell succeeds in contacting the Elemental or Paraelemental plane.
A Lost result indicates that the caster has been lost in the Gray (if he was using a travel spell) or that the spell fails. A Failure result indicates that the spell is cast but doesn’t work. A Success result indicates that the spell works.

Elemental Air Pockets: Air pockets appear as large open areas and are often more hospitable than the surrounding plane. It is possible to move around the Air Pocket as if a traveler were on the Elemental Plane of Air. There is a high probability that Air Pockets will be inhabited. Mixed Air pockets usually don't last long on other planes and explode into a multitude of bubbles.

Elemental Fire Pockets: Fire Pockets appear as a glowing balls of flame. The flames do not burn the surrounding plane, but will burn anyone touching it. They have a low probability of being inhabited and if they are, they'd have to be immune to the scorching flames. Mixed Fire Pockets burn everything around it in a brilliant flash and will burn out rather quickly, unless there is fuel for the fire to continue.

Paraelemental Magma Pockets: Magma Pockets appear as a liquid orbs of magma. The heat will not burn the surrounding plane, but will burn anyone touching it. On most planes, they have a low probability of being inhabited and if they are, they'd have to be immune to the immense heat. If found on the Elemental Plane of Fire, they are almost always battlegrounds between Magma and Fire creatures.

Paraelemental Rain Pockets: Rain Pockets appear as clouds, which pour rain and shoot lighting through it. The rain does not pour out of a Pure Pocket, but instead is recycled back into the cloud. The presence of inhabitants depends on the size of the pocket. The larger the pocket, the greater the chance of inhabitants and less of a likelihood of being struck by lightning. Mixed Rain Pockets appear as storms that pour rain and crash lighting onto the surrounding plane.

Part Two will detail the Elemental Plane of Air.